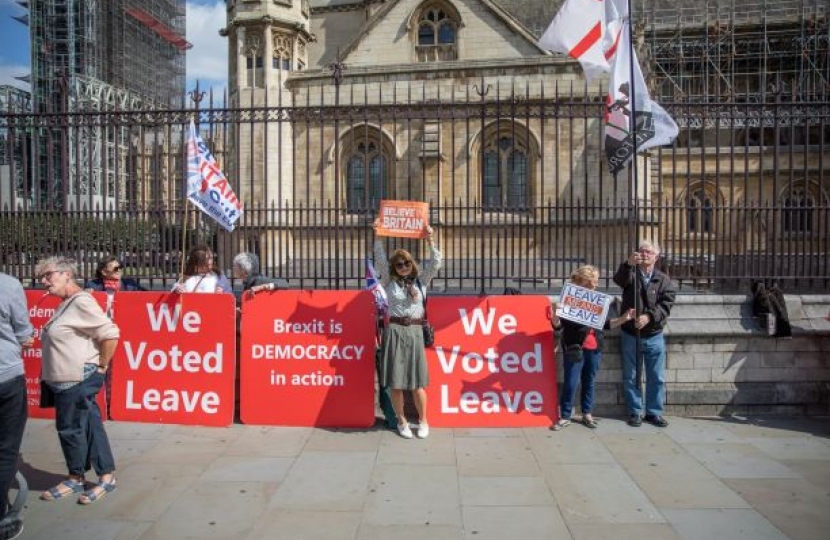 On what has been dubbed as ‘Super Saturday,’ MPs sat in the House of Commons for only the fifth time since the Second World War. Saturday sittings have only ever been called in times of emergencies, such as the Suez Crisis of 1956 or the Falkland Invasion of 1982. Given the brevity of Brexit and the rapidly approaching deadline for our exit on the 31st October, it was appropriate the Government called for the House to sit on Saturday 19th to vote on the Prime Minister’s newly agreed deal with the European Union.

Against many expectations and the common media bubble narrative, the Prime Minister was able to re-open negotiations with the European Union on Theresa May’s previous agreement and get rid of the controversial backstop.

The Republic of Ireland and the European Union both had maintained ‘the backstop’ was a non-negotiable, fundamental part of the withdrawal agreement, a red line they would not compromise on. However the Prime Minister was able to get them to concede and reach a new agreement which would prevent the imposition of a hard border on the island of Ireland. It was a compromise which satisfied both sides of the negotiating table at this late stage.

Unfortunately some MPs, unwilling, as they have been over the last 3 years, to accept the 2016 referendum result, were determined to delay and frustrate the process of Brexit, to ensure no vote on the new deal would occur by putting forward the Letwin Amendment. I was elected on the 2017 Conservative Manifesto which promised to respect the result of the referendum.

Therefore I have no intention of stopping, delaying or reversing the UK’s exit from the European Union. I did not therefore support the Letwin amendment, and have not supported attempts by other MPs to hold a “confirmatory people’s vote,” to essentially allow a rerun of the 2016 referendum. To do so would be a mockery of democracy. Whilst the Prime Minister’s deal is not perfect, it unquestionably delivers Brexit.

I have not abandoned the promise I made in 2017 and I will continue to work for my voters in Northampton South to ensure we deliver Brexit for them.

On the death of His Royal Highness, the Duke of Edinburgh

Today I join the whole of the United Kingdom and indeed the Commonwealth to mourn the passing of an extraordinary man, HRH The Duke of Edinburgh.