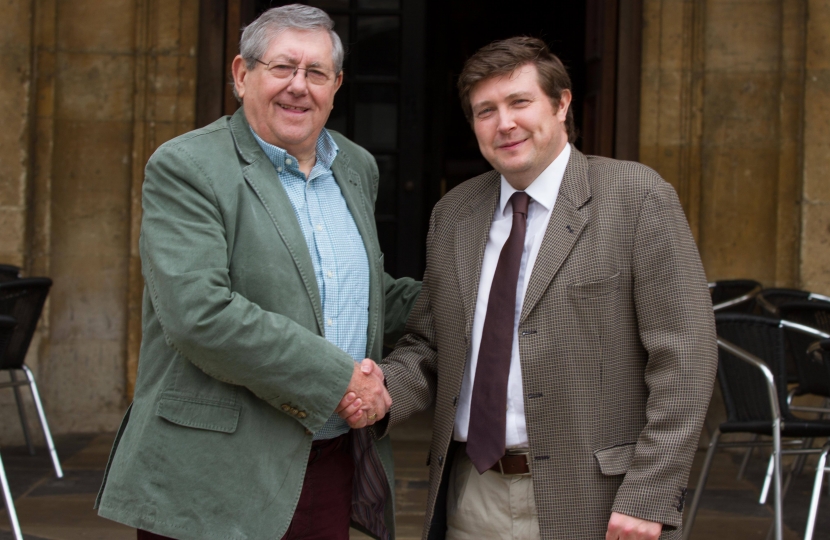 Popular former Northampton South MP, Brian Binley has given his backing to Conservative Candidate Andrew Lewer in his fight to retain the Northampton South seat. Andrew ans Brian discussed the exciting regeneration programs planned for Northampton. Brian first won the seat in 2005 when he toppled Tony Clarke and went on to build an 8000 majority in the 2010 election.