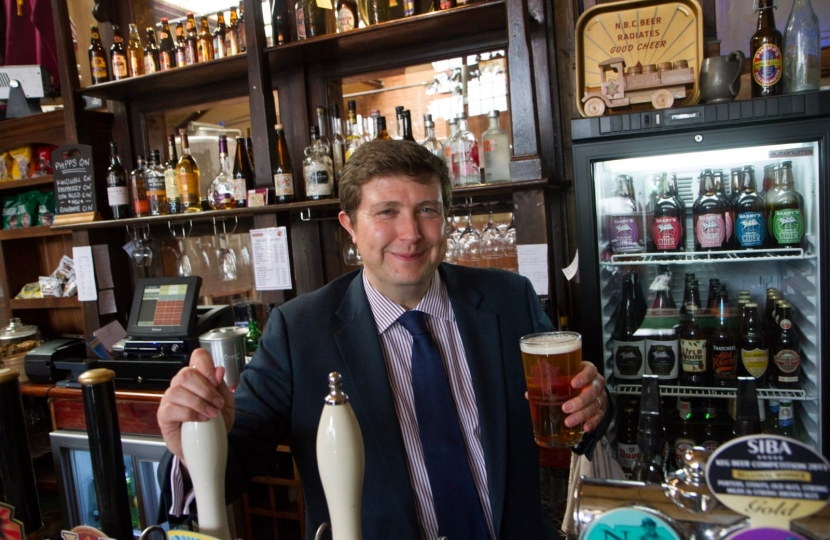 I am calling on the Government to cut beer tax at the Budget. With £1 in every £3 pounds spent in UK pubs going to the taxman, British drinkers now pay 40% of all beer tax across the EU, but drink only 12% of the beer. Brewing and pubs in Northampton South supports 1918 jobs and contributes 87 to the local economy. 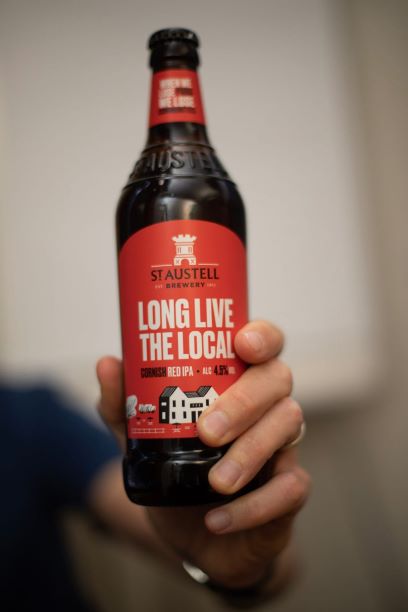 Join me and sign the petition here: Long live the local

In 2018 there were 76 pubs in Northampton South, but 3 pubs close their doors a day in the UK so this number will fall if we don’t protect pubs. In fact the UK is set to lose 10% of it’s pubs in the next five years.

Pubs are at the heart of communities across Northampton South, but with three British pubs closing their doors for good every day the Government should consider a cut to beer tax. I’m supporting the Long Live the Local campaign and calling on the Chancellor to cut beer tax at this year’s Budget to support pubs in our local communities. 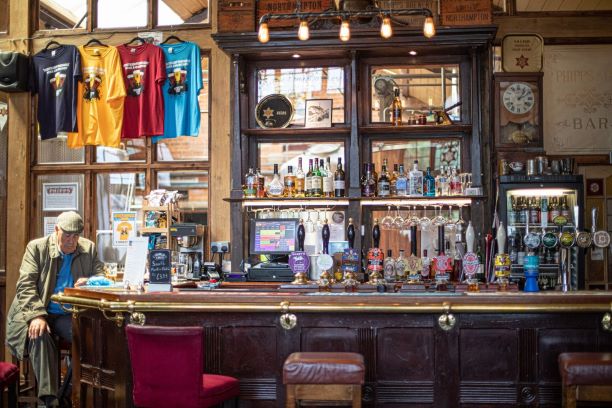 The average pub today pays a business rates bill of £15,000 meaning around 4% of its turnover is paid in Business Rates alone.

“Beer duty has increased by 60% over the last 17 years and now the UK has one of the highest rates of tax in Europe. When over two thirds of all alcoholic drinks purchased in the pub are beers, a cut in beer tax would go a long way to protecting pubs across Northampton South. We are very grateful to Andrew for his support for the Long Live the Local campaign, and hope that the Government listens to MPs across Parliament and the thousands of people across the country who are calling for a cut in beer tax to protect our pubs.” 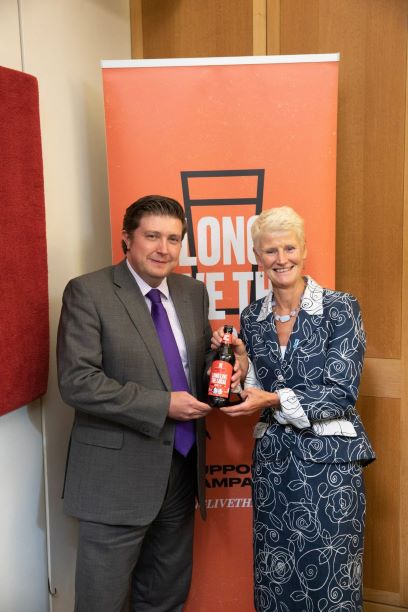 Of those alcoholic drinks purchased in the pub, 7 in 10 are beers. The government collects £3.5 billion every year in Beer Duty, as well as almost £10 billion in other taxes on pubs and brewers. Today one in every three pounds spent in pubs goes to the taxman and On average, each pub in the UK pays more than £140,000 a year in tax. Along with Business rates and VAT, Beer Duty is putting pubs under enormous pressure; every day pubs are closing their doors for good. Compared to Germany, another of Europe’s great beer-drinking nations, we pay twelve times their level of beer tax on each pint. The last time Beer Duty increased year on year was between 2008 and 2013 when the government put a Beer Duty escalator in place. The impact on the beer and pub sector was catastrophic, within 5 years there was a 24% decline in beer sales, 5,000 pubs closed and 58,000 people lost their jobs.

Beer duty has increased by 60% over the last 17 years

Afghan Crisis: Help for those who need to leave