My response to the Juncker/Tusk letter to the Prime Minister 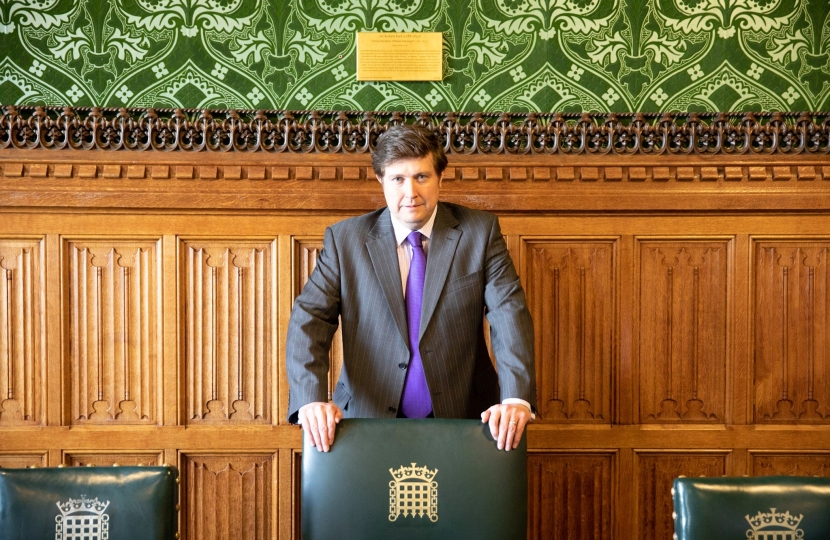 Yesterday's letter sent from Jean Claude Juncker and Donald Tusk shows more clearly than anything else possibly could why the Withdrawal Agreement is fundamentally flawed. Not only the lack of substance in the letter which adds nothing new to the sum of human knowledge, but also the lack of any form of collegiate kindness or helpfulness to the Prime Minister.

When the Prime Minister addressed the 1922 Committee on 12th December, she assured colleagues she would secure legally binding wording to address concerns over the Northern Ireland backstop. Today we learn there will be no end date to the backstop or UK unilateral exit mechanism. So yet again the EU have let the Prime Minister down.

The lesson is clear. We need to vote down the Withdrawal Agreement by as large a majority as possible. Only then can we move on and either negotiate a new agreement as David Davis argued at the weekend or leave without a deal on World Trade Organisation terms with a view to later negotiating a new relationship.

The Government and the Conservative Party must remain committed to delivering the result of the referendum, as repeated in our Manifesto, which pledged to leave the Customs Union and the Single Market, accompanied by the declaration that No Deal was better than a Bad Deal. Otherwise, the credibility of our democracy will be thrown into chaos.

The draft Withdrawal Agreement does not respect the result of the Referendum. The Government should be seeking to unlock the negotiations by returning to the Canada style option offered by President Tusk, using the tried and trusted techniques and procedures so that rules of origin and customs checks are conducted away from the Northern Ireland border, to make unnecessary the hard border that everyone agrees must be avoided.

The backstop means we will be trapped under the thumb of the EU with no date to escape - and unable to strike trade deals. It means we would be trapped indefinitely as a satellite of the EU, obeying its laws without a say, unless the EU and its Members gave permission for us to leave. The UK will be paying £39 Billion - equivalent to £1,443 per household, or £60 million per constituency - and getting nothing in return. We will not take back control of our money, laws and trade. Remaining in the Customs Union is a breach of the 2017 Conservative Manifesto we all stood on.

The backstop drives a regulatory barrier down the Irish Sea, severely damaging the Union, and moving Great Britain and Northern Ireland further apart. This deal keeps the supremacy of the European Court over our own law and sells out the UK fishing industry, excluding them from any trade deal, and envisaging a deal where the PM trades away our fish in return for market access.

We remain effectively in the EU for an extendable 'transition' period, paying and accepting new laws over which we will have had no say. Unrestricted immigration of EU nationals will still be continuing for years after we leave. This commitment comes with no guarantee of a future trade agreement. Worryingly, this deal will deny the UK an independent trade policy while potentially keeping us out of existing EU trade policy. We would be cut off from the world with our trade and economy regulated from Brussels without any say.

So, let us be honest: The Withdrawal Agreement is a terrible deal - worse than Chequers, less popular than the Poll Tax and only one in five voters think it honours the referendum result. The only way to get a better deal for the UK is for Parliament to reject it and force the Government to renegotiate with the EU.