My response to the draft EU Withdrawal Agreement 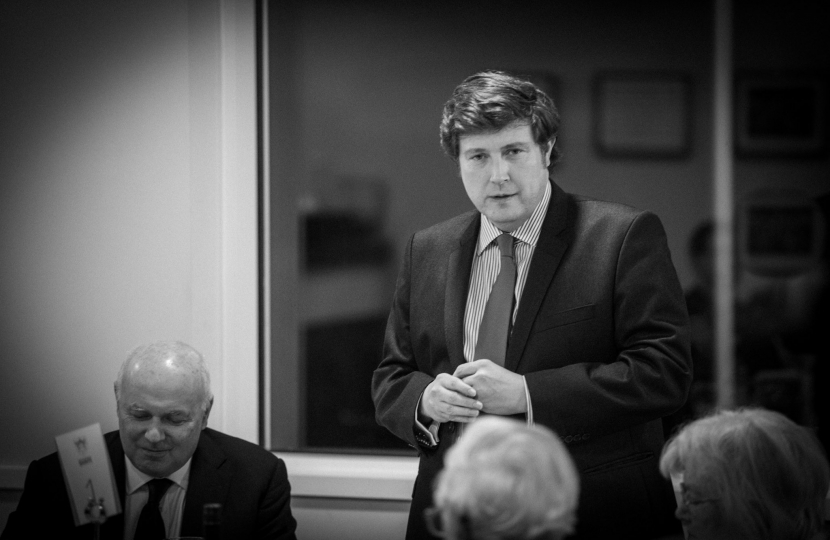 I have waited until the Prime Minister's 'Deal' has reached what seems to be an unalterable point - having been agreed by the EU Council - before responding to you in order to be as definitive as possible. I believe it to be an informed response after having read the 585 page Withdrawal Agreement and a great amount of the published analysis around it, not least the very good and detailed work by Martin Howe QC.

There seems to be a great level of activity and media speculation around Parliament, but what has not changed is that the deal brought to us by the Prime Minister is poor - much worse than Chequers in fact. Given that I had already declared in public that I would not support Chequers, my decision about whether to support the Meaningful Vote on this 'Chequers Minus' deal is relatively clear and I would like to explain why.

I stood on a Conservative Manifesto which  promised that, if elected, a Conservative Government would take the United Kingdom out of the Customs Union, out of the Single Market and the jurisdiction of the European Court of Justice. This 'Deal' achieves none of those things and divides Northern Ireland from the rest of the UK in a totally unacceptable way and in contravention of my most deeply held principles.

It is worse than staying in the EU; at least we then had MEPs, a Commissioner and a seat at the ECJ and thus some influence as a Member State. The 'deal' means we achieve none of the potential freedoms of Brexit but take all the EU's rules and restrictions without a seat at the table. But whether staying in or leaving the EU under these risible terms would be better is less important for the future of our democracy than fully respecting the Referendum result. Parliament gave the UK public a choice and they made a choice. It is not for the Prime Minister, the Cabinet, Civil Servants or other sectional interests to work towards a non-Brexit that tells the public that experts know better than they do or that added paperwork for supply chains and CBI lobbying means more than their votes.

As a Member of Parliament, I have had to vote for things I do not personally like because they were in the General Election Manifesto. Consistency and trust with voters demand I stick to my Manifesto pledges over this too. It should mean that other Conservative MPs, from the PM on down, do so as well.

I do not believe that this 'deal' will make it through the Commons so it is important to focus on what comes next in terms of a the speculation about a second referendum, postponing leaving or moving to trading on (or on a variant of) World Trade Organisation terms (the terms that the EU currently trades with its three largest import / export markets, the USA, China and Russia). These will have my fullest attention, as you may expect, and especially when / if the Meaningful Vote fails in mid-December. Among those considerations is who leads us through what comes next, the current incumbent or someone else.

On the matter of submitting a letter of no confidence, that you have asked me about specifically: You will know that many of my Conservative MP colleagues have submitted letters, with some declaring that it is no longer possible to distinguish between the policy (of a disastrous vassal state Brexit in Name Only) and the person (the Leader of the Conservative Party). You may also know that submitting letters is a confidential process and it is for each MP to decide whether to say if they have done so to the public or not. I support that process and that option of confidentiality. However, now that the withdrawal deal has been passed by the EU Council and the scale of the appalling mismanagement of the negotiations has become apparent, led by the Prime Minister, I can confirm that I have now submitted a letter to the Chairman of the 1922 committee calling for the Prime Minister to step down as Leader of the Conservative Party and for a Leadership election to take place.

This has not been an easy decision for me to make, but it is the right one..

I will leave you with the latest video declaration I made on Brexit: