My first week in Parliament 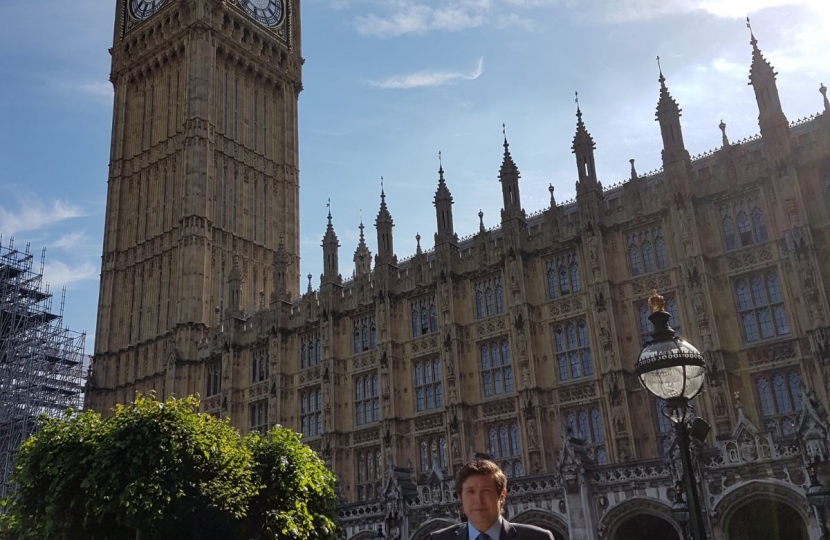 Lots of people have been asking me how my first week is going, so I thought I would write a short piece whilst it is still fairly fresh in my head.

It has been a whirlwind experience. From 8am on Monday morning, the first week was a mixture of induction meetings, party meetings, more induction meetings, interview requests and various invitations from pressure groups to attend functions. My week's diary was basically full by Monday.

When I logged on to my parliamentary email for the first time, there were two hundred plus emails already in my inbox. Journalists want to get to know you too. "Congratulations Andrew, we must meet for coffee sometime." "Andrew, I'd love to get your take on the upcoming Brexit negotiations. Give me a call." Business cards were being exchanged like confetti. Everyone was connecting to someone else and the whole place was abuzz.

I thought that being a previously elected MEP would somehow prepare me, but even so there was a huge amount to learn. Everything is new in a place which has its roots right back to the 11th century. It is like going to secondary school for the first time and the learning curve is steep and short. We first-time MPs, (there are eighty seven of us), still have lots to do. We have to recruit our parliamentary staff, get our offices up and running, get equipment, organise contracts, order stationery and start responding.

Just as during the General Election campaign, with the Manchester Arena and Borough Market attacks, so this opening of Parliament week has been marred by terrible events and the sense of shock in every corner of Parliament as news from Grenfell Tower started to come through. It reminded everyone of the awesome responsibilities we have.

Yesterday, (Thursday 15th June), everything came together when I had to stand on the floor of the House of Commons and take the oath of allegiance to the Crown. For me, it was a very special moment in my role as a public servant. It marked a transition point in an otherwise pretty frantic week.

Everything is finally sinking in, and now, officially, I am a fully fledged Member of Parliament, able to take my seat, vote and contribute to debates. I am looking forward to working hard for the constituents of Northampton South and making sure our issues and voices are heard here in Westminster."