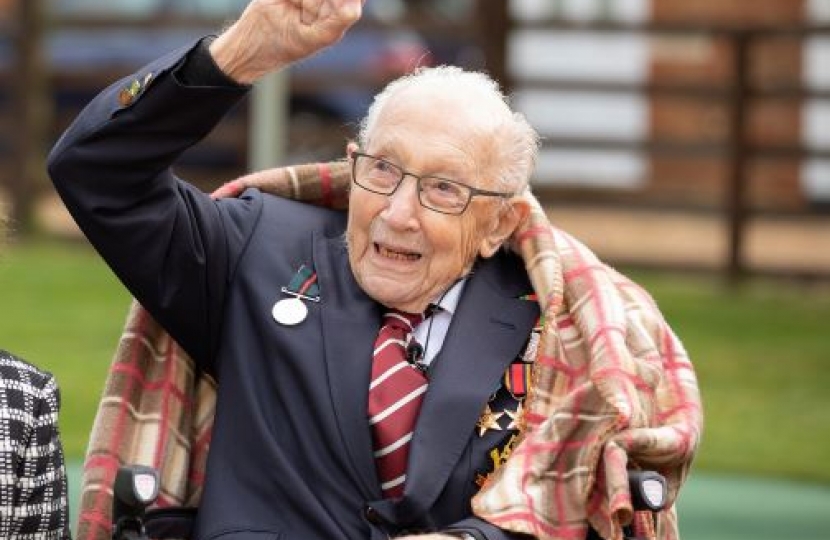 It has now been almost two months since the Covid-19 lock-down and we have all experienced rapid and extraordinary changes to our lives. It is quite difficult to take in just how all-encompassing this health emergency has been for our planet and the seven and a half billion plus people who inhabit it. It has brought grief to some, hardship to many and uncertainty to all.

A glaring paradox of this crisis is that the measures put in place to keep us socially distanced and isolated have been the very drivers that have been bringing us together and connecting us.  We have rediscovered our resilience, our national spirit and the social glue that binds and protects us in times of great strife and uncertainty.

A poignant example of this is that of Yorkshireman, Captain (now Colonel) Tom Moore, the 100-year-old Second World War veteran who took it upon himself to do 100 laps of his garden to raise money for the NHS. The response has been quite simply astonishing. Over £39 million has been raised so far and his endeavours captured the British public’s imagination. There is now a campaign to have him knighted for services to our nation. This was one of tens of millions of acts of kindness and have flourished in recent weeks. 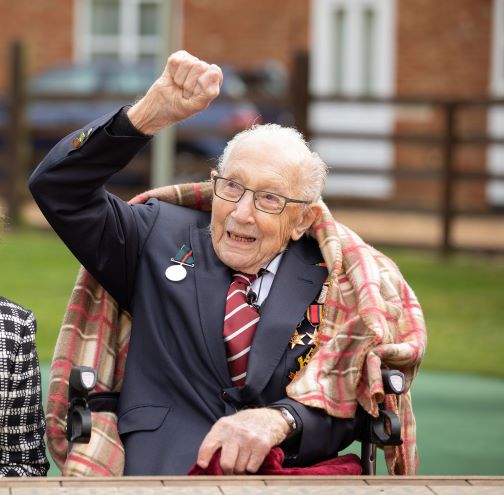 The nation’s instinct is to get stuck in, help each other and it has been nothing less than a wonderful sight to behold. Local postmen from Crow Lane delivery depot in Northampton have been delivering post in their pyjamas and superhero costumes. Each week, they have been putting up delivery dares on the notice board to carry out to lighten the mood.

Hundreds of retired medical staff in Northamptonshire have stepped up to serve again. Over four and a half thousand Northampton citizens have registered to volunteer and many, many others have been helping others in a less official way. They are also the unsung heroes delivering food to the extremely vulnerable, manning telephone lines.

Twenty million people, (my family included), tuned in to hear the Queen address the nation in this time of great upheaval and then again to ensure that VE Day was commemorated as best it could be in the circumstances. (Maybe this is the year that VJ Day gets even more prominence than usual, if circumstances permit). 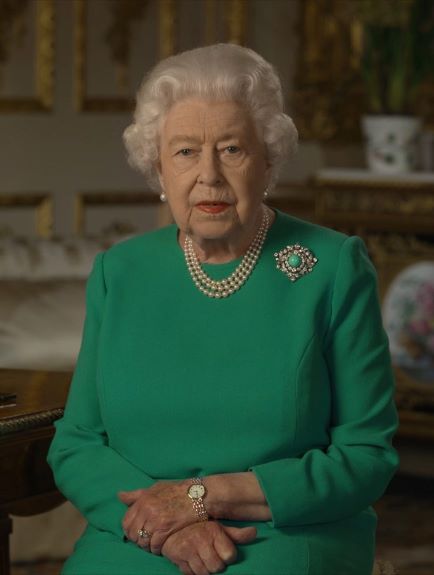 The response by Government Departments has overall been titanic, decisive and for those who are acquainted with the perennial slowness of the Whitehall machine, it has been truly impressive. Hundreds of billions of pounds have been released to business and workers to keep us afloat during the lockdown. Civil servants have been working around the clock developing systems and solutions to meet the challenges of supporting our citizens in their hour of need.

For millions of us, work continues, albeit in different ways. Four weeks ago, I had not heard of Zoom or Microsoft Teams, yet all my meetings have exclusively been conducted via fibre optic cables in between the mountain of constituency emails. For the first three or so weeks my inbox almost collapsed under the weight of electronic mail. Some of my staff also succumbed to Covid-19, but we all pulled together and somehow, we managed to get on top of them. I am continuing to receive a much larger amount of e-mail than usual and most of it from people I rarely if ever hear from, not the ‘usual suspects’ as it were. There will be a long, long tail from this crisis and a lot more people needing a lot more help before we are in any sense through it. Sometimes it takes a while to get an answer to people, sometimes the answer is not what people would wish it was, but we shall continue to do all we can to be helpful and to point people in the right direction.

Parliament is back, mostly via Zoom, the Government is being scrutinised, questions asked and answers given. We have been experimenting with remote voting and I see changes afoot, not just in Parliament, but beyond.

We are innovating at breakneck speed. For a certain section of British workers, the flexibility to work from home and avoid lengthy commutes has been a welcome change. Managers across the country have also discovered the ability to manage and run businesses with staff home working, leading to the assumption that this may now be an increasing and permanent feature of British working life for some. For many others, it has been nothing but a frustration and a blockage and indeed a worry for their health.

With businesses too, certain trends have accelerated such as smaller independent retailers who have rushed to get online using eBay and Amazon MarketPlace. 50,000 new businesses alone have signed up with eBay since February.

Supermarkets have altered their supply chains to have larger volumes with fewer product lines which in turn has been making the supply chain simpler and more efficient.

Greater partnerships have been evolving. I read in the Financial Times that Morrisons has teamed up with Deliveroo to increase its home delivery capacity and Costcutter has teamed up with catering company Compass to open stores in hospitals.

Other sectors are having a much more challenging time; those that require crowds like cinema, sport and hospitality for example. There are no easy, clear-cut solutions to combat a threat that requires some form of social distancing in the foreseeable future, but help forge such solutions we must. We have no choice.  We are not all in the same boat, but we are all in the same storm and we are all interconnected in some way.

The impact of this pandemic will be felt for decades, but the way the country has come together has already had an immediate effect. It has filled us with pride and resolve. We discovered that the National Health Service is resilient, our communities positive and – in the most trying of circumstances - our morale has remained strong.