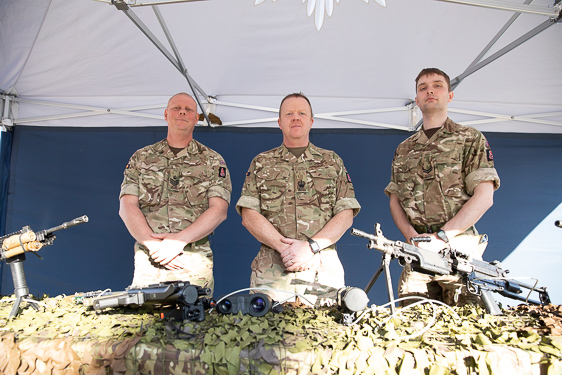 Men from the Royal Anglian Regiment

Days like these, give us an opportunity to think about everything that the brave men and women of our Armed Forces sacrifice, and celebrate, all they do for us. Their sacrifice and the sacrifices made by their families should be something that we are all extremely grateful for and opportunities for us to the show this, should be fully embraced. I am sometimes confused why we do not celebrate our Armed Forces more in this country. Not only do they keep us safe, they are involved in a number of humanitarian missions across the world, supporting other nations when they are struck by natural disasters and closer to home, helping with flood defences and rescuing stranded citizens. 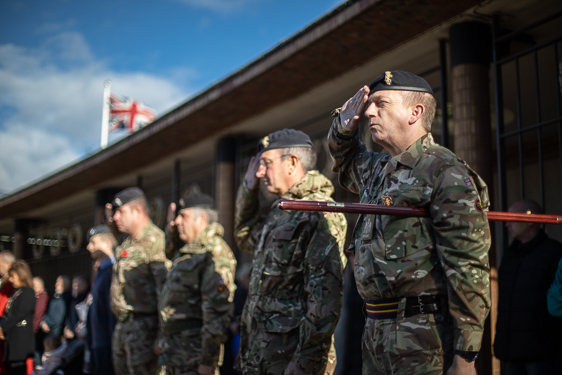 Remembering the fallen at the Abington Square War Memorial

I am lucky enough to represent a constituency that is part of the long and proud military history across the county of Northamptonshire. I am unashamedly a history enthusiast and I knew Northamptonshire had an impressive military history but even I was surprised at how far back, and how much has been given by the men and women of our East Midlands county. I felt a deep sense of pride when reading around before I attempted to put pen to paper. 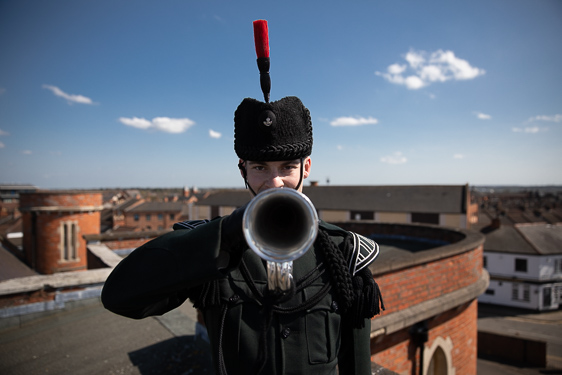 The first official Northamptonshire Regiment was formed in 1881 but can be traced back further to 1741 and has survived in some form or another to its modern-day existence as the Royal Anglian Regiment. Northamptonshire volunteers have been present in nearly every conflict of the 20th and 21st century; from World War I and World War II, Northern Ireland, Kosovo Afghanistan and Iraq to name a handful. 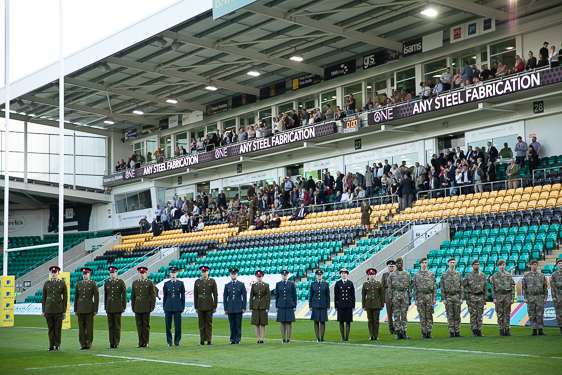 Members of all three services come together at the Saints to watch the Mobbs memorial match (Army V Saints) The bond between Northampton and our Armed Forces remains a a strong one.

This is a tremendous achievement but has come at a heavy price for our county. In WWI, 2906 men from Northamptonshire were killed in action, including Lieutenant Colonel Edgar Mobbs DSO. He famously captained Northampton R.F.C and England but was told he was too old to join up. So, rather than admit defeat, he organised his own “sportsman’s” company of men who were made up from sportsmen from around the country. He was killed while leading an attack on a machine gun nest during the Third Battle of Ypres. His name displayed on the Menin Gate there, as his remains were never found. 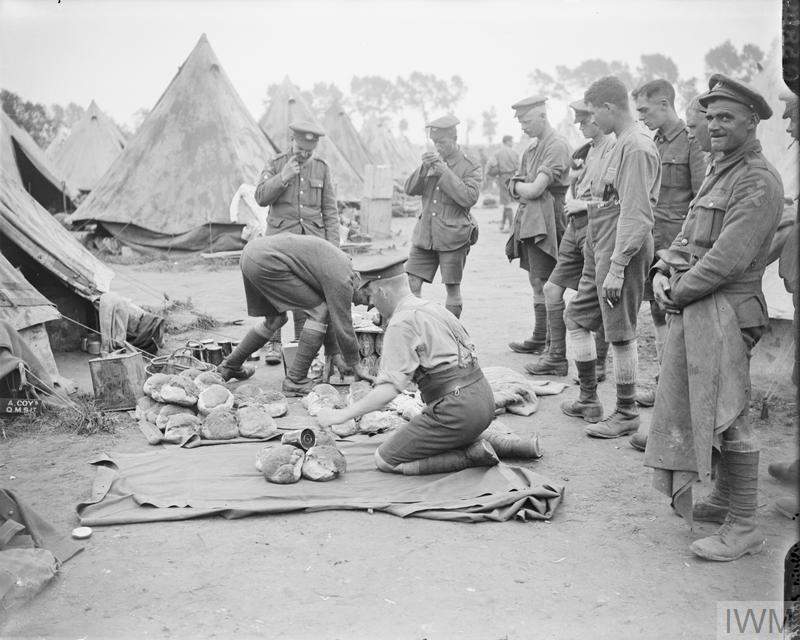 As warfare moved away from static entrenched positions, casualties still remained high. The Northamptonshire Yeomanry saw action in WW2 too, in a number of hard-fought campaigns including landing on Gold beach in the second wave as part of the Allied invasion on D-Day. They continued to fight for the 77 days of D-Day and beyond and by the end of the war, 720 serving personnel were counted among the dead. 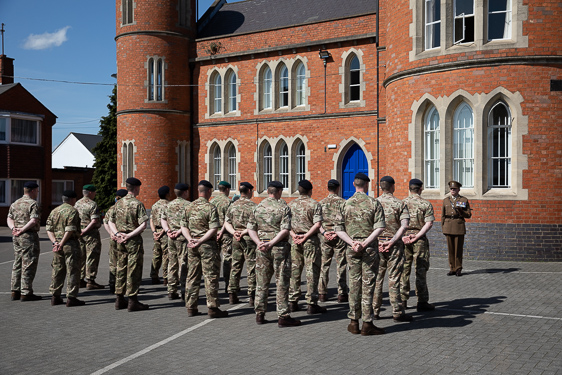 Capt. J. Chillingsworth inspects some of the men of 103bn REME

Though Armed Forces Day is not just about remembering the fallen, it is about supporting and saying thank you to all of those that currently serve or have served. I have seen first-hand, the dedication that our Reservists in the Royal Electrical and Mechanical Engineers (REME), put into their service. I have managed to go along and meet them on several occasions. Each and every one of them is a credit to their corps and the Army as a whole. The Royal Anglian Regiment, which includes a number of volunteers in 2 Battalion, the 'Poachers' from Northamptonshire, are still on their tour to Cyprus and return later this year. 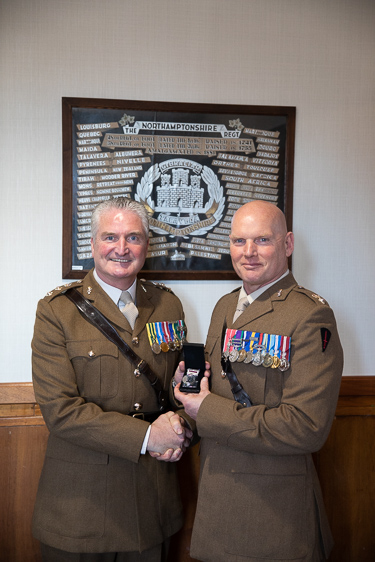 Last year, I hosted a number of officers, warrant officers and senior non-commissioned officers from 103 Battalion of REME. We had a brilliant tour of Parliament and spent lunch talking about their experiences, ambitions and wants for the direction of the British Army. I was impressed with their insight and maturity when discussing these issues.

But as I touched upon earlier, this day is also about recognising the efforts of family members and friends. They have to say goodbye to loved ones on tour; worry daily for their safety and carry on with their every day lives. I hope that everyone remembers that Armed Forces Day is for them too.

On Friday 23rd May, the Daily Mirror and the Guardian published a story regarding the movements of Dominic Cummings, the Chief Adviser to the Prime Minister, during the lockdown period. The media made several allegations which understandably caused an outcry for his resignation.