Brexit Update: On No Deal 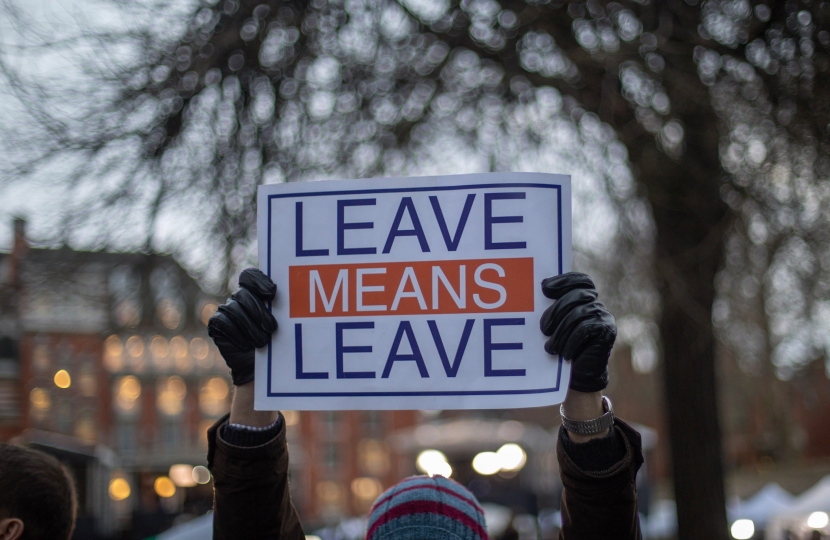 I want to make it clear that I do not want to leave the EU without a deal. It is not my preferred option and I would rather leave with an agreement. The terms of the existing Withdrawal Agreement in its current form are, however, unacceptable to Parliament. MPs have rejected it on three occasions.

That is why I am glad that the Prime Minister is seeking to reach a new and better deal with the EU. This would provide stability in the longer-term for both sides of the Channel and Boris Johnson has made this clear to the European Council President, Donald Tusk. If our European neighbours refuse to negotiate, however, the country must be prepared to leave without a deal by 31 October.

The Chancellor of the Exchequer has confirmed that all necessary funding will be provided to prepare for a no deal scenario. A total of £1.1 billion is being allocated immediately and a further £1 billion will be available if required. Changes to tax rules will also help to boost productivity and increase competitiveness if no deal is reached. EU citizens’ rights will be guaranteed in all circumstances and the UK remains unconditionally committed to its obligations under the Belfast Agreement.

I believe that not leaving by 31 October could lead to a catastrophic loss of confidence in our political system. The indecision of the last three years and the repeated failure to deliver on the referendum result cannot be allowed to continue. The trust of the electorate in their politicians is at stake. We must leave by the end of October whatever the circumstances.